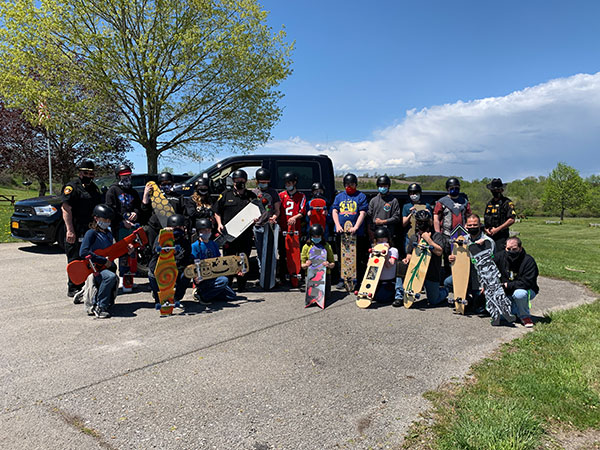 The weather on Friday, May 14, was as spectacular as the longboard skateboards crafted by 16 Fort Plain Jr./Sr. High School 8th grade students, who were presented with helmets, stickers and safety advice by  Montgomery County Sheriff Jeffery T. Smith at a ceremony in Wiles Park.

Sheriff Smith was joined by Undersheriff Carl Rust and Sergeant TW Flickinger in making the presentations, which also included certificates for their technology teachers, Kreig Heroth and Ted Arndt. Sheriff Smith, in turn, was presented with his own custom-made longboard, complete with an emergency beacon. The teachers said it was a culmination of all that they – both faculty and students – learned during the project.

After donning their Sheriff-donated helmets, the students road-tested their quick and colorful longboards in the park, experimenting with standing and seated rides and gaining confidence and skill with each ride. Some even wove their longboards around obstacles on a curvy path. Teamwork and encouragement were abundant as the students offered tips and cheered each other on.

The helmets, the project and the day were a big hit with all in attendance, even Superintendent of Schools John Bishop, who took one of the longboards out for a smooth cruise.

Mr. Arndt and Mr. Heroth said that earlier in the year, they thought it would be exciting for the students to build the longboards as a class project. Unlike typical street boards, longboards are used for gracefully cruising around town, on the bike path, etc. They are very long (38 to 45 inches) with a correspondingly long wheelbase. The students worked on the project over several months. Read more about what they learned.

Judging by the success of the 2021 longboard project, there are likely more cool crafted cruisers to be crafted at the high school in the future. 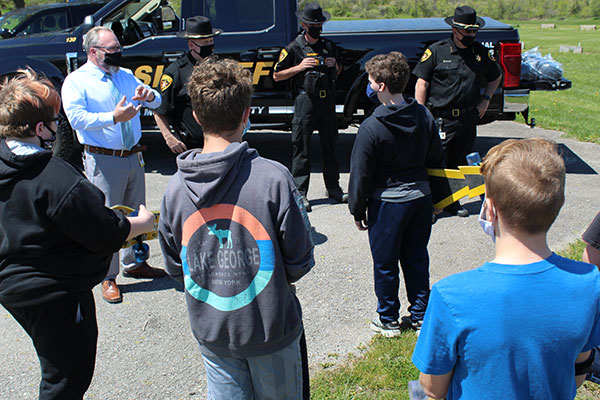 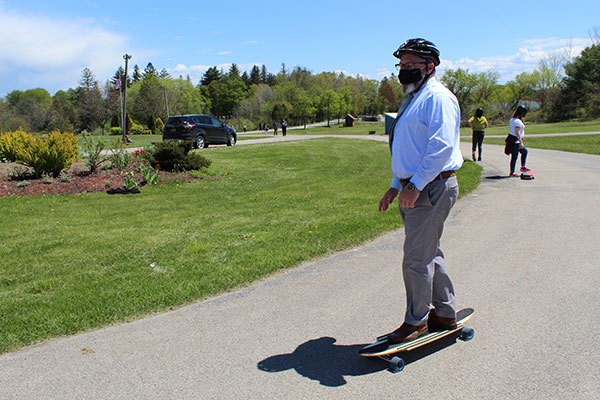 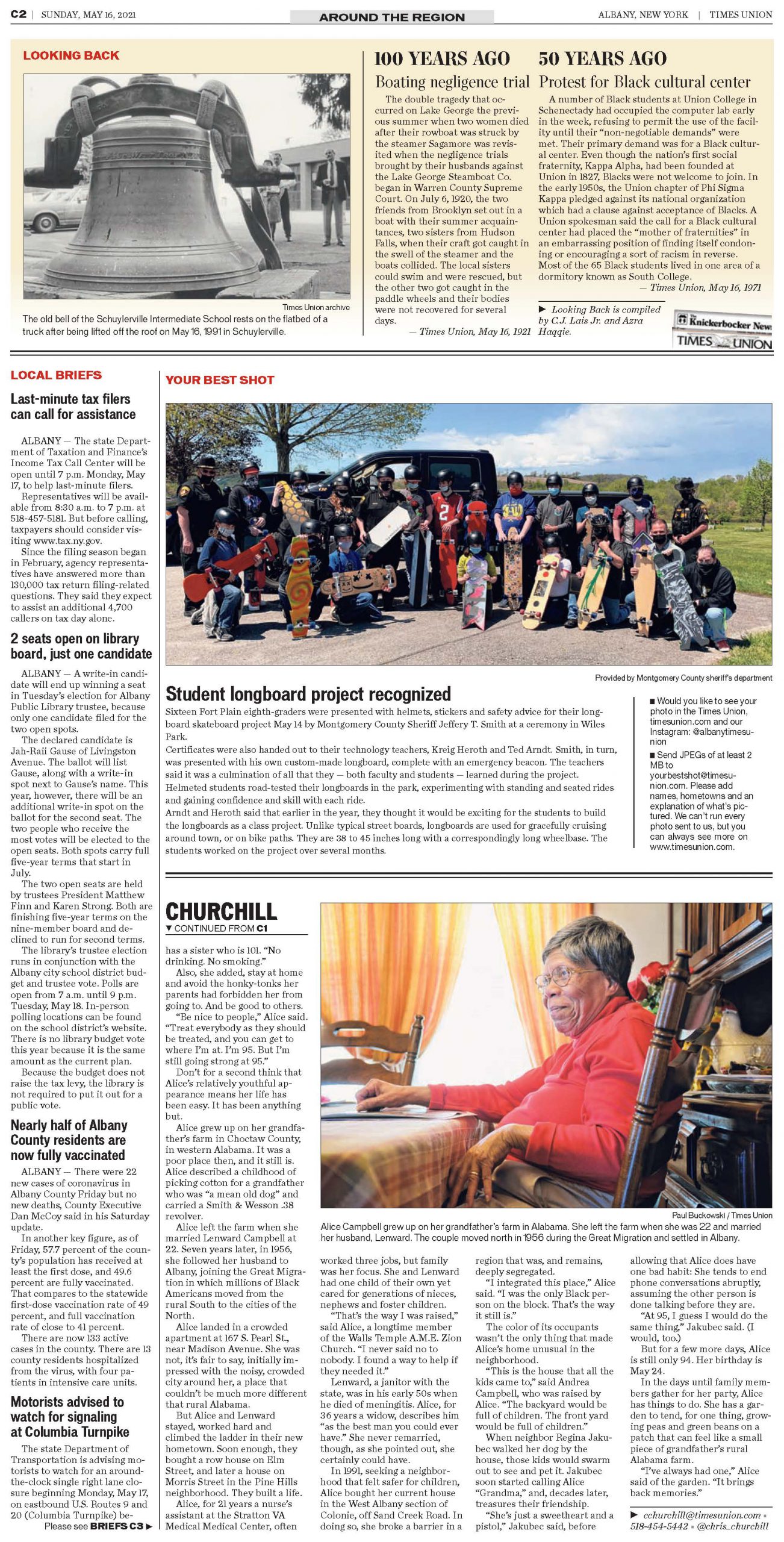